Easy Sourdough Bread (With A Touch Of Yeast) 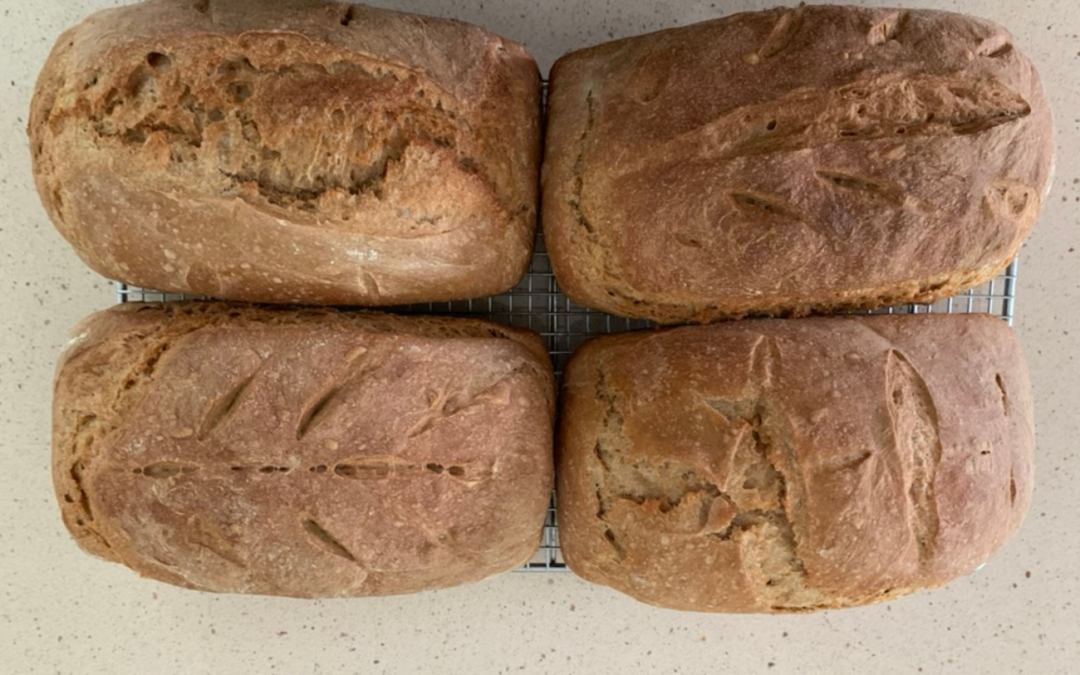 For a little more than a year I’ve been making sourdough bread. I’ve loved it but getting the extra rise that makes it a nice sandwich bread has been difficult.

So, I decided to test out adding a bit of yeast to my sourdough recipes and the difference is night and day. This won’t appeal to hardcore sour dough bakers. It feels a bit like cheating. But, for me, it’s just a pretty sure fire way to get the bread I want each and every time.

This sourdough recipe uses roughly 50% white and 50% Einkorn (and sometimes whole-grain Spelt). You could try any kind of whole grain or whole wheat flour presumably.

My pictures do not do this bread justice! I allowed the loaf in the photo to break open naturally rather than scoring it. Either method will work.

This is now my favourite sourdough. And, most definitely my husband’s favourite!

The process isn’t time consuming, it is just needed to allow for various stages.

MAKING THE LEVAIN FOR YOUR SOURDOUGH BREAD

After removing bread from the oven, immediately remove from bread pans and cool on a wire rack completely before cutting. Or, if you can’t wait, at least give it an hour.

IMPORTANT: Be careful removing your bread from the oven once it is baked as the melted water will create steam that can be quite hot and shocking when you open the oven to remove your loaves.

I’ve included “15 Mistakes Most Beginner Sourdough Bakers Make” as an fyi. I found it interesting and helpful to watch.